This is my 'official' biography for concert programmes etc.

James Boyd is widely recognised as one of Britain's finest chamber musicians. He has been a member of some of the country's foremost ensembles and is in demand as a guest artist with many others. He was a member of the Raphael Ensemble for five years and a founder member of the Vellinger String Quartet. In 2001 he formed the London Haydn Quartet which has been acclaimed for its highly individual stylistic approach, making a particular speciality of the works of Haydn. Their recording of the Op.9 quartets was released on Hyperion last year to great acclaim and will be followed in June 2009 with the op.17 quartets. James has appeared as a regular guest with many ensembles including the Endellion and Wihan Quartets, the Barbican and Florestan Piano Trios, and mixed ensembles such as the Nash Ensemble, Spectrum Ensemble Berlin and the London Sinfonietta. Gramophone Magazine described his CD of the viola music of York Bowen, with the pianist Bengt Forsberg, as "a gem of a disc!" He teaches chamber music at Cambridge University, the Royal Northern College of Music, Domaine Forget in Quebec, and has co-founded MusicWorks, a chamber music course for young string players. Recently he has appeared as soloist and conductor of the Irish Chamber Orchestra, in concerts of Beethoven string trios with Peter Cropper and Paul Watkins, and can be heard playing the viola solos on the film, 'Cheri'. James also writes occasional articles for the Strad magazine. 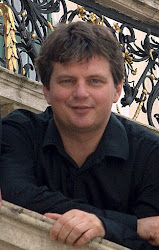